I had My Nineteen Year Old Sister-in-Law on a list of “Kdramas I want to watch” for quite some time before I was finally able to see it.  If you’ve been looking for it and have been unsuccessful, try looking for She Is Nineteen instead.  That’s the other title.  I found it that way on DramaCrazy.com.  It was worth the search and also worth the wait, however, it wasn’t nearly as good as I had hoped it would be. 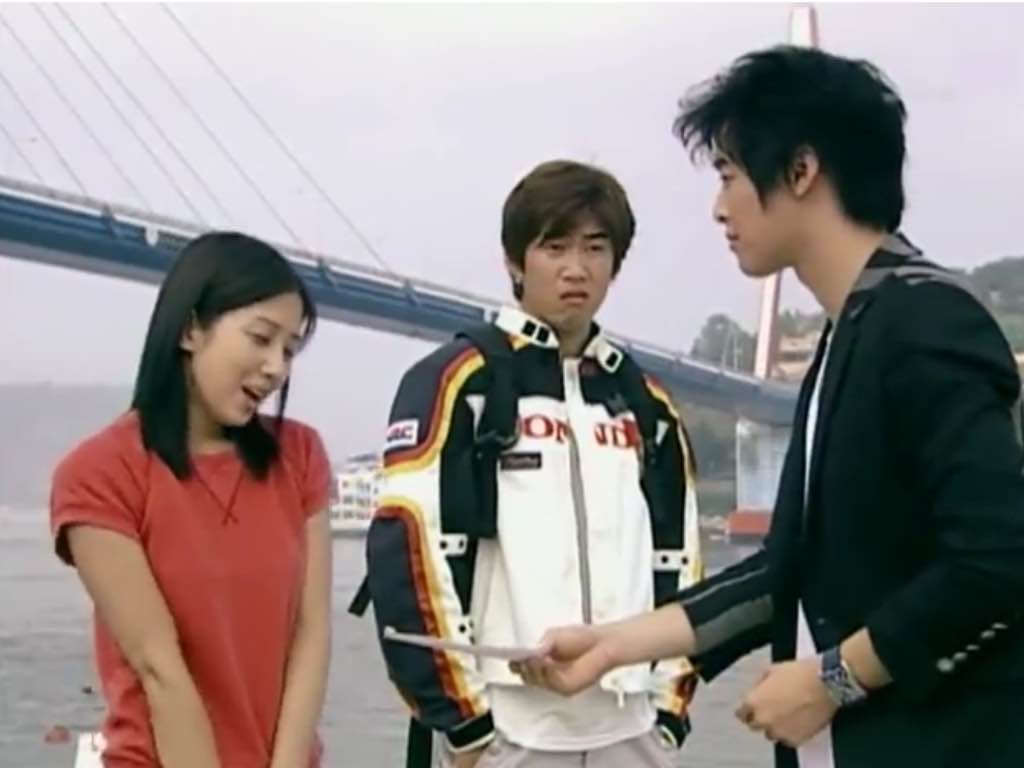 Two brothers falling in love with the same girl.  Doesn’t that sound juicy?  Okay, that part was, but the rest of the story – the evil plotting and lying part of it wasn’t great.  Jung Hae-Won is a four year old little girl who is adored by her parents.  Her father is in a car accident which puts him in a coma for awhile and causes – you guessed it – amnesia when he finally wakes up.  The wife has no idea what has happened.  Her father-in-law gives her a HUGE chunk of change to leave his son because he thinks she and Hae-Won are holding his son back from accomplishing great things in his business.  She tries to give the money back but he leaves too quickly.  One evil neighbor comes up with the idea to steal the money but is too chicken to do it herself so she cons another neighbor into doing it.  She’s caught in the act and through the struggle the mother has a heart attack and dies.  Now, with the mother dead, the main evil lady talks the other one into getting rid of the little girl so they can split the money.  The woman gives into what she knows is wrong and abandons Hae-Won on a train.  The next thing we know Hae-Won is 19, goes by the name Han Yoo-Min and is enamored with her step-brother’s doctor.  But that doctor has a little step-brother of his own who runs into Yoo-Min and falls in love with her.  So, which brother gets her?  And do the brothers even know the other one likes her?  And is Hae-Won/Yoo-Min ever reunited with the father that didn’t even remember she existed?

It’s good enough to spend 16 hours on just for the simple fact that Yoon Kye-Sang and Kim Jae-Won are in it.  They’re the brothers.  Kim Jae-Won is the handsome older brother, Kang Min-Jae.  He’s a surgeon who was jilted by his girlfriend and refuses to go on with his personal life until he finds her.  Min-Jae is a very obedient son who is soft spoken and melancholy.  Yoon Kye-Sang is the little brother with the killer smile, Kang Seung-Jae. He’s not going to allow his mother to dictate his life like she does his older brother’s so he runs away from home.  He’s playful, stubborn, very intelligent, and he wants to be a mathematician.

Jung Da-Bin’s character is Han Yoo-Min/Jung Hae-Won who has an explosive temper, is a very hard worker, and doesn’t have two dimes to rub together.  There just wasn’t enough good qualities to her character for me to like her much.  I had never seen Jung Da-Bin in anything before and this character wasn’t a good way to introduce her to me.  Acting is best when it seems effortless.  I just felt like she was trying way too hard.

The music in My Nineteen Year Old Sister-in-Law is okay.  Before turning to acting, Yoon Kye-Sang was a singer in the pop group g.o.d.  (They just had a 15 year reunion concert and you can see some of it on YouTube.)  He’s a great singer with a wonderful voice and the show took advantage of that fact, having his character sing.  It allows for an enjoyable little pause in the storyline.  Good call.  There’s one ballad-type song that was played over and over again, called Half Love, and I just loved it.  Who was the singer?  Yoon Kye-Sang, of course.

The scenery isn’t that wonderful.  Nothing really stood out as being a new or different kind of location backdrop.

I have no idea what was going through the director’s head while he was filming this. He put in way too many slow motion shots, didn’t have a lot of wide angle shots, and the camera was tilted so often it was irritating. I really didn’t like the way it was filmed at all.  The audience should be more concerned about what’s happening in a scene, not wondering, “Why are these people off center?” My Nineteen Year Old Sister-in-Law is an older show, released in 2004.  Since then, both Kim Jae-Won and Yoon Kye-Sang have made lots of other dramas which I’ve enjoyed much more than this but the fact that you can watch both actors in the same drama makes this one worth watching.