Detective Ha Won-Seung and his faithful sidekick, detective-wannabe Yoo Seol-Ok are back and kicking bad guy butt once again in Queen of Mystery 2.

I love being right. I told you the first Queen of Mystery didn’t end! I prayed there would be a sequel and here it is but after watching this I guarantee there will be a season three because this one didn’t end either. But I’m fine with that because I love these characters! Now divorced Yoo Seol-Ok is still trying to pass the test to become a police officer but the thrill of solving mysteries alongside Detective Ha Won-Seung keeps pulling her from her studies. Amidst hunting down murders, arsonists, marriage scammers, flashers, and a missing person, Won-Seung is still trying to find out what happened to his first love (is she dead or alive?) and Seol-Ok hasn’t given up tracking down who killed her mom and dad and made it look like a double suicide.

Ever since her parents were found dead inside her father’s taxi and the police refused to investigate the matter as a possible double murder, Yoo Seol-Ok decided she would be the one to catch their killer. She studied criminal profiling on her own and learned details about the criminal mind. As a result, she is able to figure out “who done it” when even the police are at a dead end.

When Ha Wan-Seung’s aspiring actress girlfriend went missing 17 years ago, he changed his career path and became a cop for the sole reason of finding out what had happened to her and who exactly was responsible for her disappearance. The man is clever, fearless, and his best weapon is his gut instinct. He once worked in narcotics but recently asked to be reassigned to the violent crimes division in a different precinct. Why?

The story kept a couple supporting characters – famous Profiler Woo Sung-Ha and Seol-Ok’s best friend Kim Kyung-Mi – and added some wonderful new ones –
1. Detective Gye Sung-Woo went to school with Ha Won-Seung and is the Violent Crimes Division Unit One Team Leader.
2. Hwang Jae-Min is an expert in the field of forensic science.
3. Jung Hee-Yeon is a high-end pastry chef who owns and runs several pastry cafes.
4. Elusive Secretary Kim seems to be the person behind a lot of illegal activity.
5. Detective Ha’s older brother, Attorney Ha Ji-Seung, has just taken over as the CEO of the Ha law firm.
6. Bo-Kook is like a father figure to Detective Ha.

For information on the two main stars of this drama, Choi Kang-Hee who plays Yoo Seol-Ok and Kwon Sang-Woo whose character is Ha Won-Seung, you can check out my original Queen of Mystery review.

One major thing that makes the Queen of Mystery  shows so entertaining is the chemistry between the actors. They bounce off each other phenomenally well and because they have such amazing synergy it carries over to the characters, making the whole thing nonstop enjoyment and excellence at its best.

The screenwriter and directors are in tune with each other as well. Writer Lee Sung-Min’s humor and imagination are first rate and the directors, Choi Yoon-Suk and Yoo Young-Eun, are wonderfully skilled in camera angles, slow motion, and keeping actors in character. Full marks to the folks behind the camera.

So, those of you who saw and enjoyed the first Queen of Mystery are probably thinking, “Romance. What about romance? Do Detective Ha and Seol-Ok finally get together?” Well, the answer is no, or at least not yet. Since the story isn’t over the writer realized the budding relationship between the two needed to be stretched so that’s exactly what happens. The friendship is stronger than ever and the fireworks are definitely exploding but neither one of them has had the courage to move things forward. No, I take that back. Detective Ha has tried but the attempt nose-dived and he didn’t do a single thing to salvage the situation so, nothing romantic as of yet. But the sexual tension is great.

It’s been just shy of a year since the first Queen of Mystery aired and the writer had about the same amount of time go by in the story. It’s nice Seol-Ok’s hair was about a year longer than the last time we saw her, keeping to reality.

I like the fact that, like its predecessor, Queen of Mystery 2  encompasses several interesting smaller mysteries while still clutching onto the major ones of why Seol-Ok’s parents were murdered and what happened to Won-Seung’s sweetheart. The cases don’t last longer than a couple episodes each, sometimes overlapping a bit, and are realistic police cases – arson, sexual assault (groping), a marriage scam, a missing person, a few murders… The main two mysteries still have yet to be fully solved which tells me there is a Queen of Mystery 3 waiting for us on the horizon, I’m guessing possibly sometime around the beginning of 2019.

Two things I caught that were overlooked – Seol-Ok is sweeping when someone asks for her autograph. She leans the broom handle under her right arm when she takes the pen, but it’s not in the same spot when she’s done signing the paper. The other is when Won-Seung gives a ring to a waitress – it’s on the end of his index finger and she slides it off and takes it to the back room to show someone there. Later, when that someone tries it on she takes it out of a ring box. Oops!

Let’s see, music. My personal favorite is Dreaming of Spring, performed by Eunkwang from the boy group BtoB. The music is gorgeous and his voice compliments it well. A very close second is the upbeat, soft rock song Stay, sung by Ulala Session, which has an excellent electric guitar solo in the middle of it. Although I’ve only mentioned two songs in particular, all of the music on this show’s soundtrack is very nice.

The thing having to do with scenery that stands out in my mind most is the dark maze of very narrow alleyways that are so pertinent to the “pervert turned murderer” crime close to the end of the show. They’re just plain spooky, especially knowing that’s where a crazy person that hunts down women lurks. 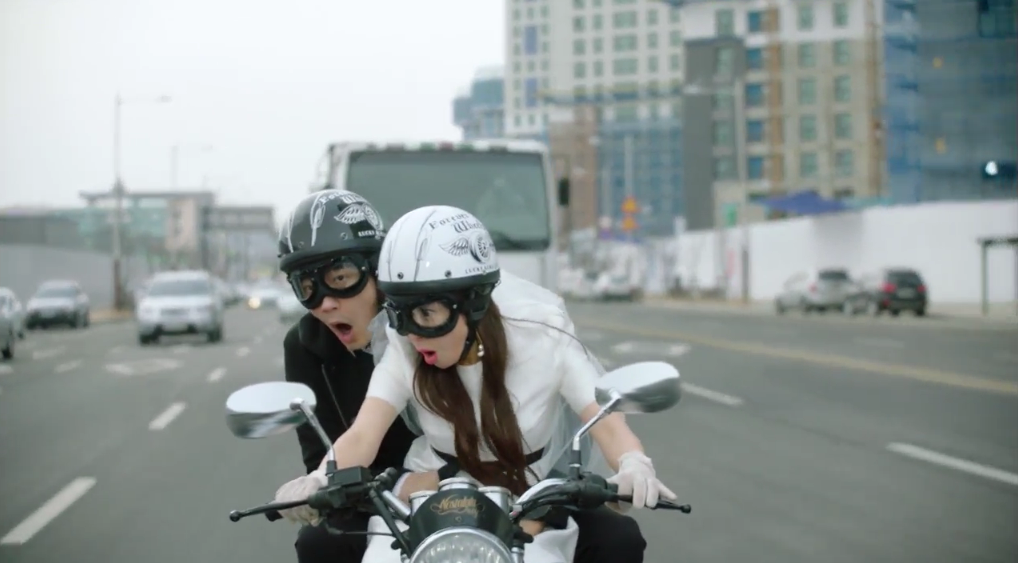 You really should see these shows. They are very entertaining and the time just slips by as you’re watching Detective Ha and Seol-Ok investigate and solve mysteries. Both dramas have the same screenwriter, one of the two directors is the same as before, and the original actors are back. In other words, this is a perfect continuation! If you saw and liked the first one, don’t miss Queen of Mystery 2. There just has to be a third!

The Bad:
A couple oops