Angel Eyes asks the question, “How far are you willing to go for your child’s happiness?” Good topic for debate.  This drama shows us the agonizing consequences of bad choices that can, literally, last a life time.

Doong-Joo falls in love with a girl that he’s surprised to find out is blind.  Doong-Joo is a wonderful young man, and it doesn’t take Soo-Wan long to realize it and reciprocate that love.  Soo-Wan fits right in to Doong-Joo’s family.  They love her and she loves them.  After being disappointed, once again, that an eye donor operation falls through, Soo-Wan cries as Dong-Joo’s mother comforts her.  She tells her that if it were possible she would give her eyes to Soo-Wan.  That chance comes when Doong-Joo’s mother gets in an accident.  (Saw that coming, huh?)  As she’s laying in the emergency room bed, she tells Doong-Joo that if she happens to not make it, she wants to donate her eyes to Soo-Wan.  A paper is signed, stating just that, and given to the doctor in charge, who happens to be Soo-Wan’s dad.  So, there’s where the beginning question comes in… Just how far will you go to help your child be happy?  In all the chaos, Soo-Wan tries to get in touch with Doong-Joo to give him the good news about her eye donor (she has no idea who the donor is), but in the wake of a funeral and having to take his sister to America right away for some medical treatments, she’s unable to get a hold of him.  No more information on the rest of the show, other than to say it’s twisty, turny and full of lies, deceit, deception, and true love.

Kang Ha-Neul’s acting (the teenage Dong-Joo) was worthy of an award and his smile lights up the screen.  He’s an accomplished actor and has appeared in television dramas, feature films, and musical theater.  I’m hoping we get to see a lot of him for years to come!

Acting blind didn’t seem awkward for Nam Ji-Hyun (the teenage Soo-Wan) at all.  I’m sure it’s extremely difficult to play a blind person convincingly but, without a doubt, she did an amazing job.  She has won four different “Best Young Actress” awards so it’s no wonder she was able to pull off playing a blind teenage girl so impressively.

Ku Hye-Sun is one multi-talented individual.  Her overall acting in this was great but she just didn’t pull off being blind as well as Nam Ji-Hyun did, which is interesting because she’s done tons of acting before this role.  She’s won several acting awards and has been accredited as a director and screenwriter for three feature films.  The gal can also sing.  She has released an album and quite a few singles.  Oh, she’s even the author of three books.  All those achievements aside, her “blind girl” acting wasn’t nearly as good as Nam Jin-Hyun’s.  Good thing that wasn’t a large part of her role.

A nice touch to the pretty soundtrack is Kang Ha-Neul, the young Doong-Joo, singing Three Things I Have Left (the acoustic version).  It’s kind of fun for someone who is in the drama to sing one of the songs.  You can hear him sing it on YouTube.  It’s just gorgeous!

As for filming locations and scenery, Dong-Joo and Soo-Wan often go to the observatory.  Soo-Wan worked there and it holds a special place in both their hearts.  The director had tons of chances to show us Korea’s lovely night skyline or the beautiful starry night sky but we don’t get to see that much at all.  Several great opportunities missed. Too bad. 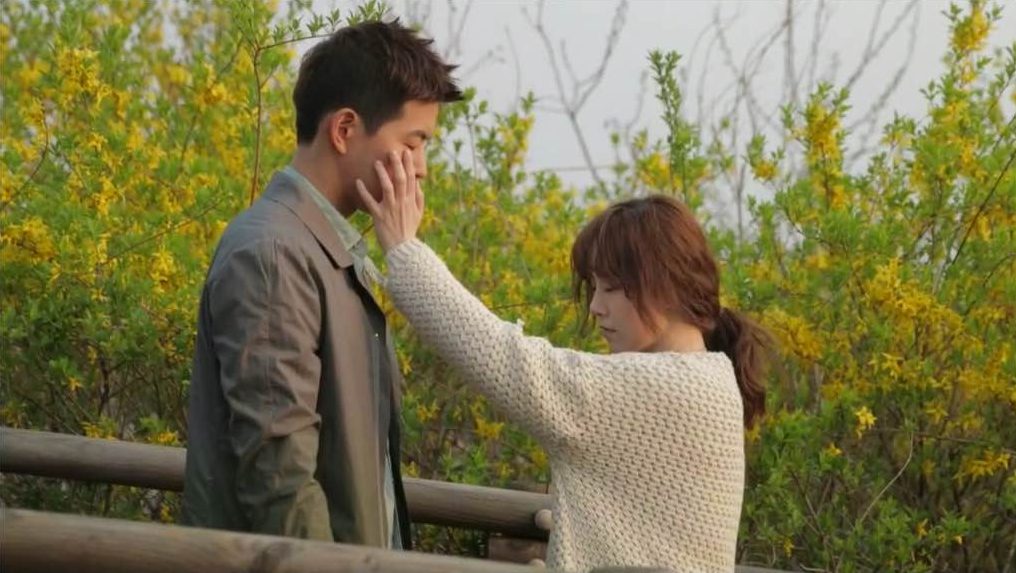 Angel Eyes is a somewhat heavy show. There’s lots of sadness throughout the whole thing but the deep love Doong-Joo and Soo-Wan share brings us happiness in spite of all the characters’ tears. It isn’t a perfect Kdrama but it’s worth 20 hours and still one I enjoyed.

The Bad:
Too much crying
Not enough time spent as teenagers