Save the Last Dance for Me is one of the most far-fetched Kdramas I’ve ever watched.  It’s a melodrama that stands at the head of all other melodramas.  It’s one of those “you’ve got to be kidding me” kind of shows.  That said, I loved it. 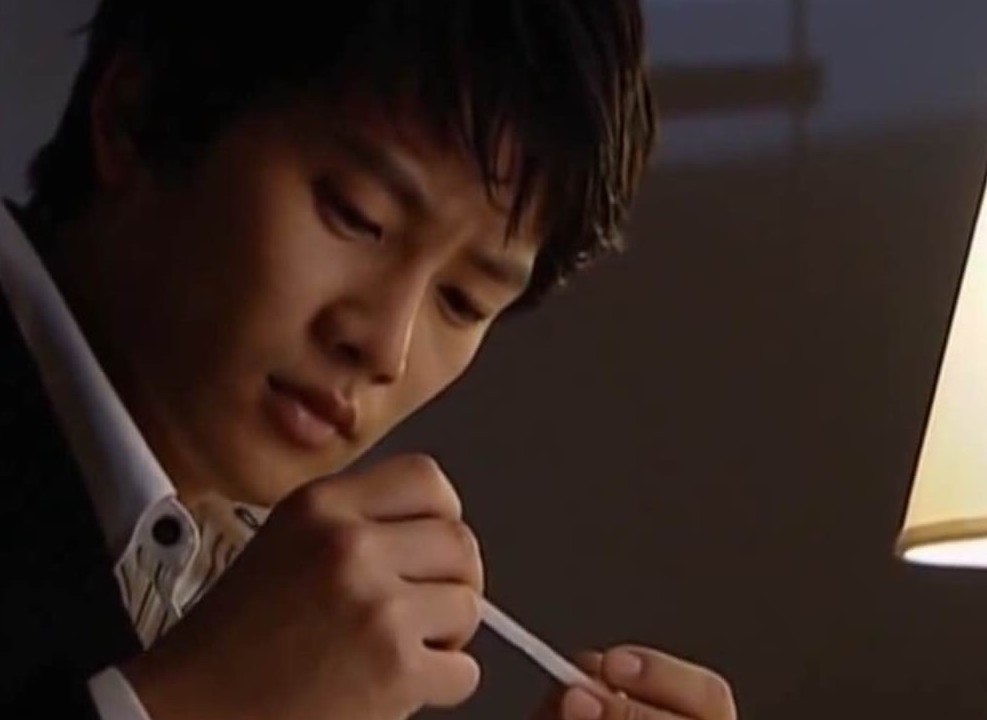 So let me tell you about the plot.  Before I even begin I know how ridiculous it will all sound but I don’t care.  It’s silly, but for some unknown reason it’s enjoyable. Kang Hyeong-Woo wants to be a photographer but his father insists he take over his very lucrative business.  Hyeong-Woo and his father argue and Hyeong-Woo storms out of the house.  He is attacked by a robber who takes his car and leaves him for dead.  But he’s rescued by a nice man and his daughter, Ji Eun-Su, and because he has lost his memory and has nowhere to go they take him to their home and call him Chang-Ho.  Hyeong-Woo/Chang-Ho and Eun-Su fall in love.  But their happiness is short lived because once again Hyeong-Woo/Chang-Ho is attacked and this time when he recovers he has lost all memory of Eun-Su and the time he spent with her as Chang-Ho.  Of course Eun-Su goes looking for him, and finds him, but she is a stranger to him now.  Will she be able to get him to remember their life together?  Okay, so there’s a lot more to it than that, and there’s other characters as well… Hyeong-Woo’s plotting, jealous, ex-girlfriend and an evil guy who likes Eun-Su.  I would tell you more but then you’d probably think it’s silly and not watch it.  Well, it does get more and more ridiculous as the show goes on but, as I said in the beginning, for some reason I didn’t care.

In my opinion, Ji Sung is one of the best looking actors in Korea.  His acting ability is top notch, performing equally as well in a melodrama as in a romantic comedy.  He was darling in Protect the Boss, intense in Secret Love, and down-right amazing in Kill Me, Heal Me.  In this, he plays down-to-earth Chang-Ho just as well as elite Hyeong-Woo.  He’s the best thing about this drama and probably the main reason I kept watching it.

The acting reminded me of a high school play – amateurish.  Like I said, Ji-Sung was wonderful but everyone else’s acting was like it was their first time on a drama, over acting or just not enough there.

Neither soundtrack nor scenery is anything note worthy.  And the directing falls flat.  This Kdrama is 20 hours long which is quite a lot of time to be spending on a “not good” drama.  It’s also an old one, airing in 2005.  I have seen many older dramas that were pretty good so I don’t think its airing year has anything to do with it being blah, though.

Just a little side note… Ji Sung and Lee Bo-Young (the gal that plays his horrible ex-girlfriend in this drama) have been married in real life since 2013.

I’m sure you’ve noticed, by now, that I’ve avoided referring to Save the Last Dance for Me as a “bad” Kdrama.  Even though it’s plain out and out silly, I enjoyed it so I can’t classify it as “bad”.  I do suggest you watch it but I’d understand if you never finished it.